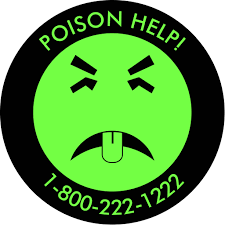 A recent report in the Journal of Clinical Toxicology describes a case of severe Amanita muscaria (fly agaric) poisoning.

The victim said that he consumed about 8 caps of Amanita muscaria. Friends later found him “covered in vomit, urine and feces”. They took him to the emergency room where he was intubated. He was then transferred to the ICU, where he was put on a ventilator. He remained in the ICU for 6 days. He was finally discharged after spending a total of 14 days in the hospital.