Can Golf Balls Grow On Trees? 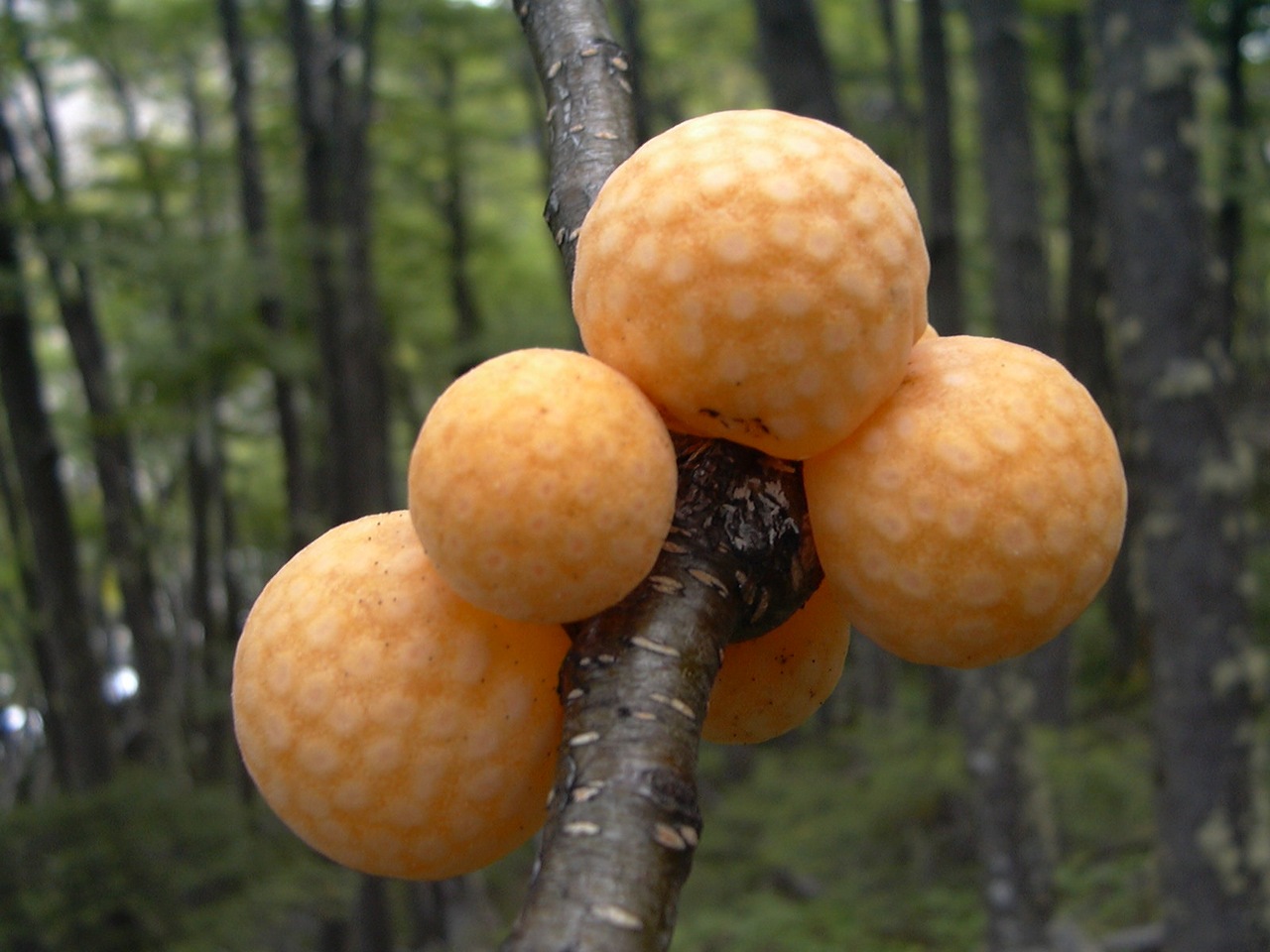 Although they resemble golf balls, this is actually the mushroom Cyttaria darwinii (Darwin’s fungus). Cyttaria darwinii grows in the southern tip of South America. It was collected and described by Charles Darwin. It’s edible and can grow in large quantities, with dozens of mushrooms fruiting from the same tree. Darwin said that it was “eaten by the Fuegians, in large quantities.”

Other Cyttaria species also grow in Patagonia. Some grow thousands of miles away in Australia and New Zealand. But they don’t occur in North America or anywhere else north of the Equator. Their closest Oregon relatives are ascomycetes in the class Leotiomycetes, for example: Bulgaria inquinans (black bulgar) and Chlorociboria aeruginascens (green stain fungus):

But they’re not close relatives. As shown in these charts, they’re like third cousins.

Why is this relationship so distant? And why do Cyttarria grow thousands of miles apart in Patagonia and New Guinea, but not in Oregon? Cyttaria evolved over 80 million years ago. At that time Patagonia and Australasia were connected as part of Gondwana, and at about the same latitude. Cyttaria took its own evolutionary path, becoming an obligatory parasite (growing only on) of Nothofagus (Southern Beech), which were present in that area of Gondwana.

Eventually, those areas — with their flora and fungi — drifted apart. So today, golf balls grow on trees in only a few, widely scattered locations, far from us.

If you’re interested in finding out more, try these links:

All photographs are from Mushroom Observer and licensed under a Creative Commons license.